Hi everyone!  My name is Tammy and my son’s name is Joshua.  Here is the story of why I am here and a member of LDO:

Joshua was 9 months old and had a doctors appointment on a Friday, February 23rd, 2007 to have a check up on his constipation problem.  Our doctor said that it didn’t seem like anything serious but just to rule out anything he was going to make an x-ray appointment for the following week.  That Sunday, when we came home from having dinner at my parents house, there was a message from our Dr.’s office.  I thought that was a bit weird having a message from our Doctor to call us Monday morning.  The next morning on Monday February,26th, 2007,  the phone rang again.  It was 7:30am or so and it was our family doctor again.  He said we should take Joshua down to the kids outpatient clinic to do a “series” of tests on Joshua.  I said to our doc “that sounds a bit more serious than we anticipated on Friday”.  He didn’t really say anything.  That was when I knew something was terribly wrong.

After bloodwork, an x-ray and an ultrasound, my husband and I were told that Joshua has a very large tumour on his liver and it might be cancerous.  My heart just sank.  I just broke down and cried.  I couldn’t believe it!  My son may have cancer!  They told us they had to admit Joshua to do more tests including a biopsy on his liver to determine what it was.  That Monday evening though Dr. Marianna Silva told us the devastating news that she knew it was cancer.  The biopsy was to only determine what kind of cancer it was and what protocol of chemo was to be used.  I broke down again.  My baby has cancer!  I was stunned.  We found out after the biopsy came back a few days later that his cancer/diagnosis was Hepatoblastoma and the tumour was 17cm long.  Hepatoblastoma is a childhood liver cancer.  It was considered a stage four cancer since it has spread to one of his lungs.  Joshua’s prognosis was 25-50% survival to adulthood.  We stayed at the hospital for 8 days total doing at CT Scan, Bone Scan, Hearing test, an operation to put a port in his chest and to start his 1st round of chemo.  His protocol of chemo consisted of cisplatin, 5FU and vincristine over a 21 day cycle.  I ended up quitting my job (I was on a 1 year maternity leave at the time but was due to go back to work in April).
He had 5 rounds of chemo total with two transfusions, one bout of the roto virus and several chemo realted episodes/side effects.
Finally after his 4th round of chemo, we were told by results of a CT-scan that his tumour has shrunk over 80% in size and his lung was clear!  However, one week later they gave us some more devastating news.  They could not resect the remaining part of the liver where the tumour was.  The remaining part of the tumour was in an area of the liver that was very vascular.  It was to risky to do the surgery.  The only option for Joshua to get rid of the remaining part of his cancerous tumour was  to have a liver transplant.
Joshua had his 5th round of chemo while waiting for John and I to be tested at Toronto General Hospital.  In the meantime, Joshua was listed for a cadaveric donor and was assessed for transplant at Sick Kids Hospital in Toronto right across the street from TGH.  John ended up not having the same bloodtype as our son, but I was and did a series of scans, bloodwork, exams, paperwork, and psychological evaluation.  I found out about a couple of weeks later that I was a match for Joshua.

The transplant was originally scheduled for August 21, 2007 but we received some more bad news.  His tumour was growing.  He didn’t receive his 6th round of chemo b/c docs felt he would be too weak to have the transplant so they decided not to give him chemo the last month and a half before his surgery.  I was on pins and needles b/c I knew that if the cancer spreads anywhere outside the liver, the transplant would be cancelled.  So the Surgeon for my surgery and surgeon for Joshua’s surgery agreeed to push it to Thursday, August 2nd, 2007 (unless a cadaveric donor came in and then that would take 1st priority).
So about a week before we were to head for Toronto, our community threw a fundraiser for us b/c they knew I quit my job and wanted to help out financially.  It was an emotional day.  Over 300 people came out to support us in any which way they could with a couple of live bands, a bbq, pony rides, a silent auction plus other fun stuff!  The newspapers also did stories about us.  It was just so overwhelming!

We went to Toronto 2 days before the transplant for Joshua to be admitted and do a few more tests before the big day.  Family looked after our 3 year old daughter for the first little bit (didn’t want to scare her).  My husband was a wreck.  I was quite calm actually.  I was looking forward to it.  I wasn’t thinking about how painful it was going to be even though I knew it was.  My transplant team said it was going to feel “As if you were hit by a truck and then rolled over”.  Well, if it was going to save my son’s life then I’m willing to do it.

Now it is transplant day.  My husband, sister, mom, in-laws and I walk from our hotel to Sick Kids around 530am.  I wanted to see Joshua one more time before I headed to TGH across the street.  The nurse for Joshua said you can take him with you until you are ready to go in the O.R.  He won’t need to be ready to go to the O.R. until 10am or so. Wow!  That was great news!  So I got to spend a little more time with Joshua while the docs and nurses prepared me for surgery.  My nurse actually cried b/c she said she rarely sees the recipients and it was so heartwarming during our good-byes.  I gave my loved ones all hugs and kisses and I was oof to the O.R.

The last thing I remember saying to the Surgeon before I went under was “Since you are in there, I would like a tummy tuck and some lypo please!”.

My surgery took 7 hours.  Joshua’s was 10 1/2 hours.  It was an absolutely successful transplant!  John said one of Joshua’s Surgeons said “This has to be one of the smoothest transplants I have ever done and I have done over 80 transplants!”.  John did tell me it was hard going back and forth between the two hospitals while waiting.  It must have been so hard on him.  I was hurting though.  They were right about that truck.  That morphine wasn’t strong enough!!!  They also took out our gallbladders b/c it hides bile ducts and wanted to make sure everything was ok.

Joshua’s recovery was superb!  He really had only a couple of hiccups along the way…He ended up getting high blood pressure, was getting the shakes from the morphine, his liver enzymes were not absorbing the meds as well as the docs would have liked in the beginning and he ended up getting cellulitis in his arm for a few days.  Everything was fine after awhile and he was discharged only 14 days after transplant.  I was in for only 5 days.  I wasn’t allowed to visit Joshua until day 3 though.  That was tough.  It was a great moment when my nurse wheeled me under the tunnel to Sick Kids to see him in ICU.  It was so special.
The last 14 or so days we stayed at the Ronald McDonald House since he and I had appoinments almost daily (especially him).  After a month in T.O. we were finally allowed to go home!!!!!

Joshua still had clinic appointments on a weekly basis in Toronto and at his Cancer Clinic back home, plus he had daily homecare when he wasn’t in clinic for 3 months post transplant.

Next week it will be our 4 month post transplant anniversary!!!!!!  Joshua is doing well and still receives weekly bloodwork and clinic check-ups, but we do most of them at the Cancer Clinic since it is closer to where we live.  Joshua’s Oncology team faxes all results to Sick kids and then they call us to increase, stop, or decrease any doses of meds Joshua may have.  He started off with about 12 different meds and now he is on 5.  I had to take Fragmin shots daily for 2 months in either leg to prevent blood clots.  I also was on Tylenol 3’s for awhile then was lowered to regular strength and finally after 8 weeks my energy came back and I felt like me again.  It was hard not lifting anything over 20lbs for 6-8 weeks since Joshua was 20lbs.  Luckily my husband was off work with pay until I was ok to look after the kids by myself.

I thank you all for taking the time to read about my experience with liver donation.  I would do it all over again if I could.  My family means the world to me.  I’m so happy Joshua is doing so well.  We still have a long way to go but he is getting better day by day.
I have attached a few pix of us.

Thanks for letting me share my experience with you, 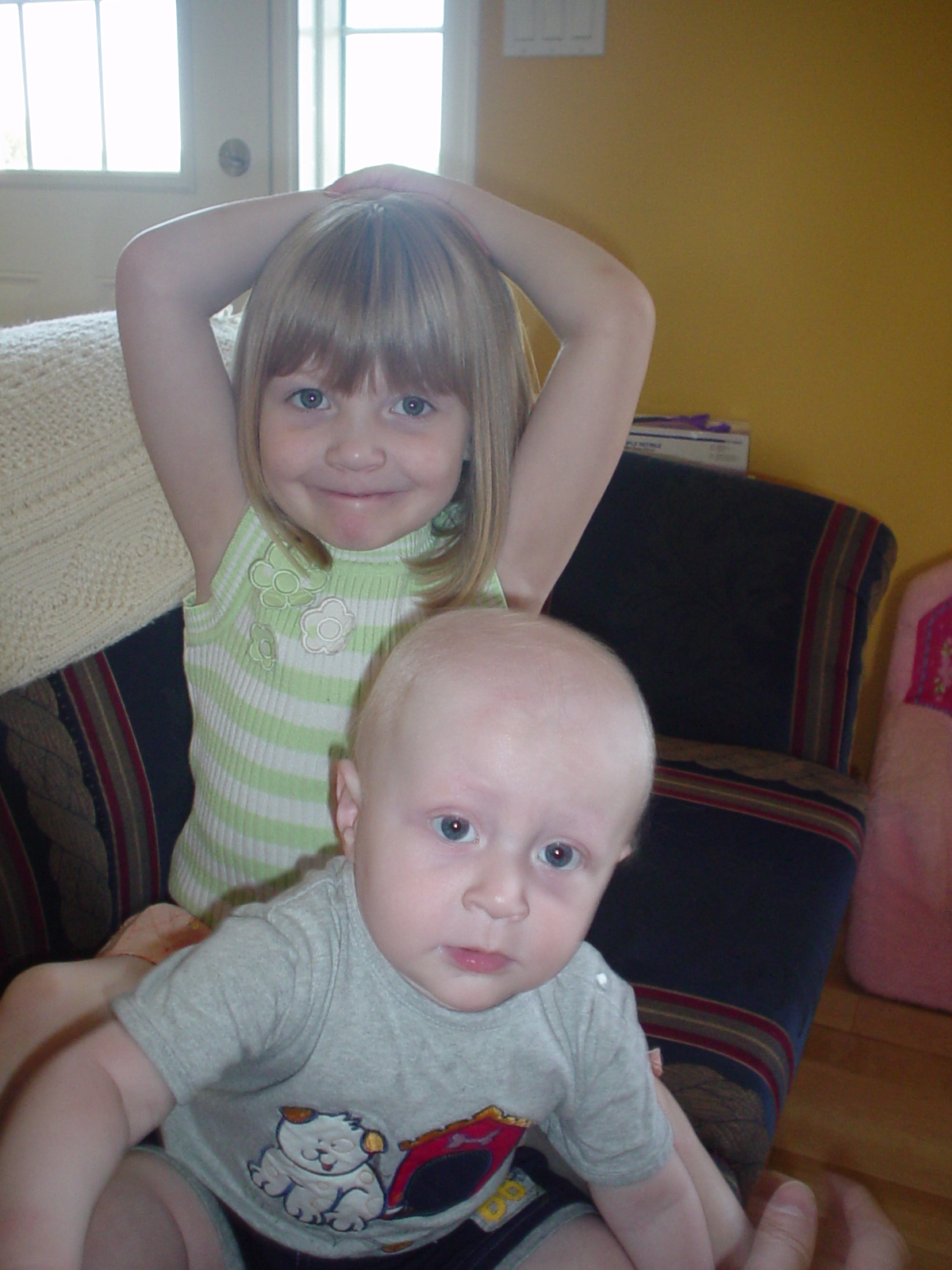 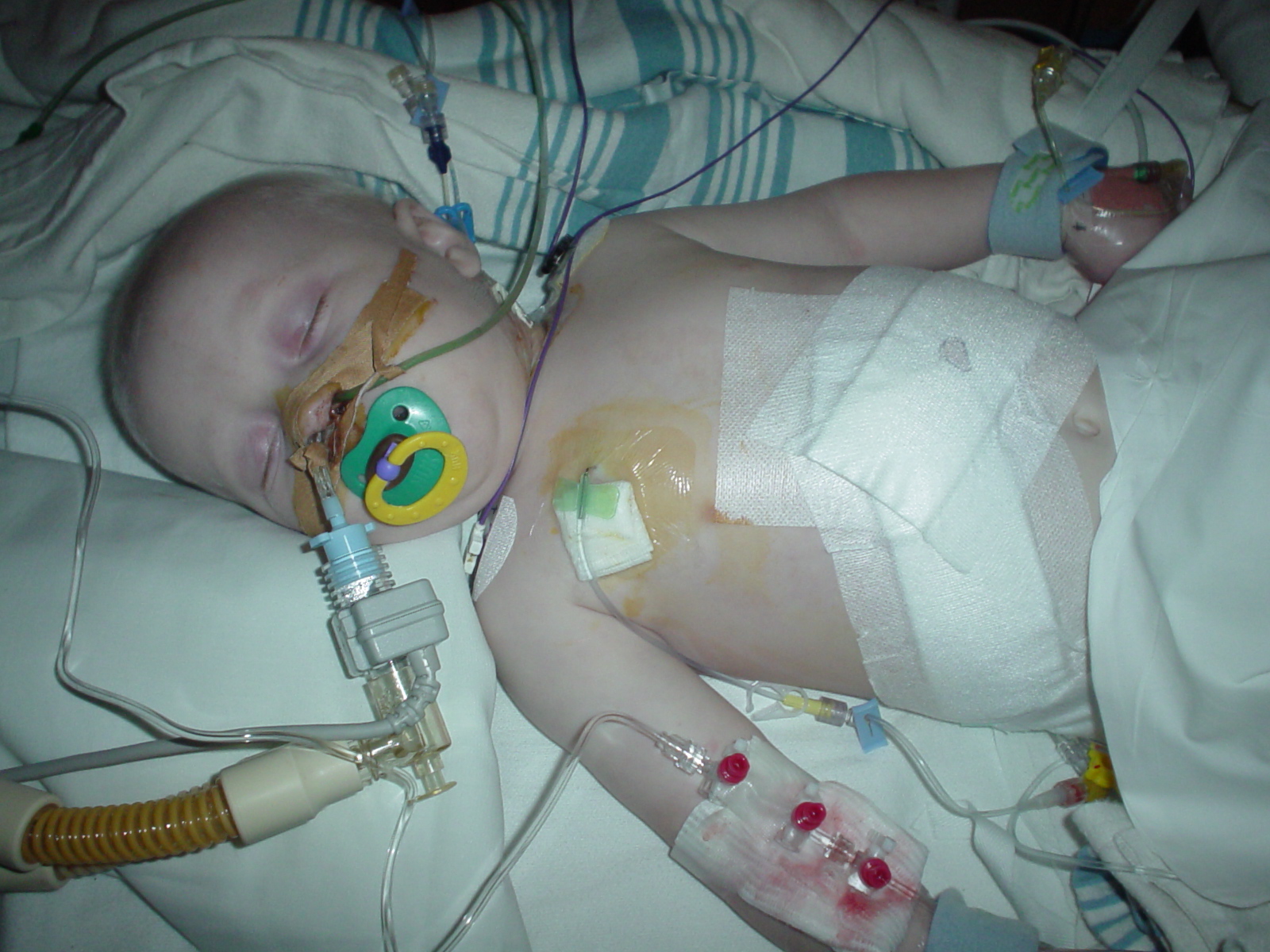 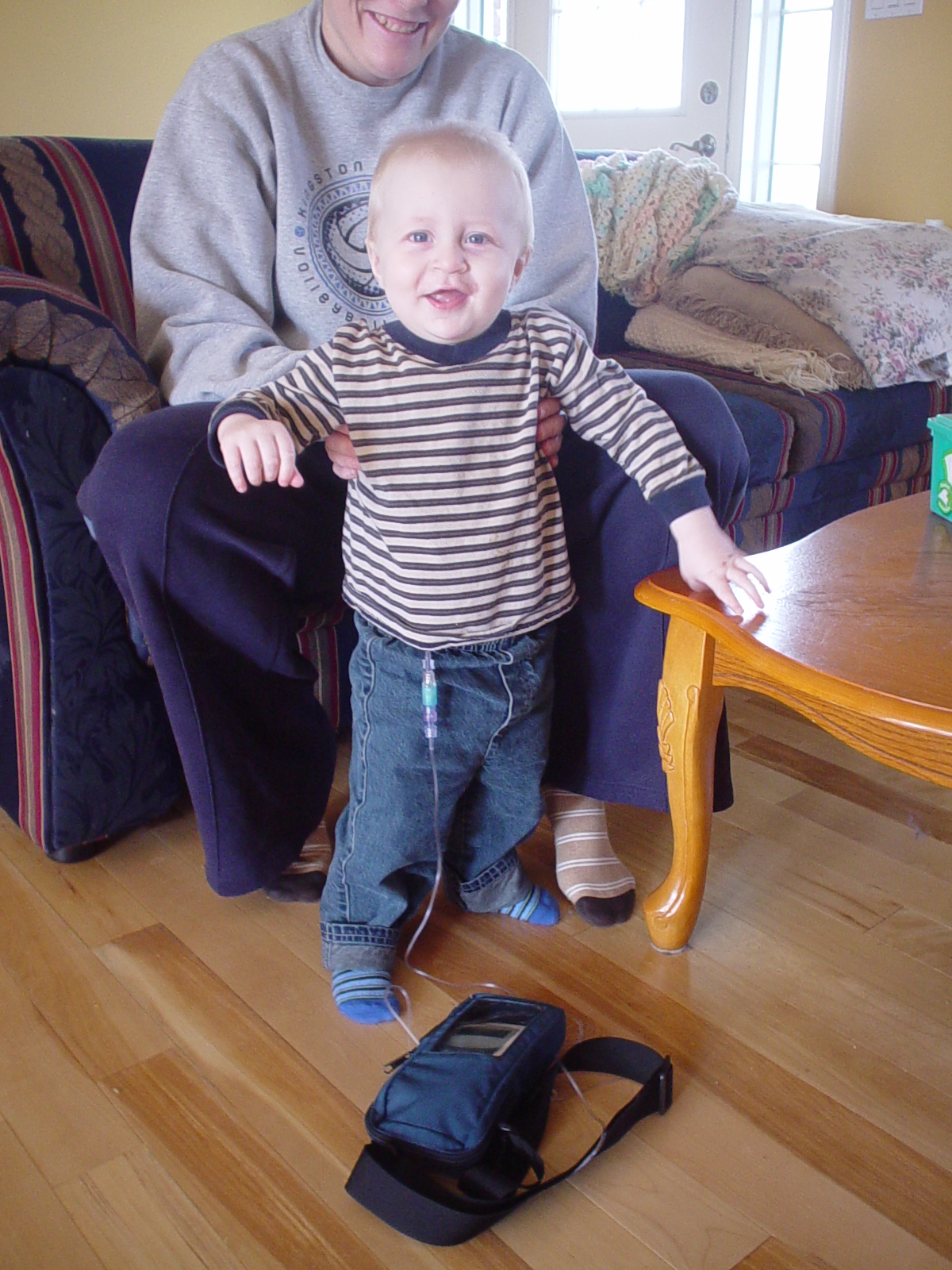